The origin of the Hunagrians

The current situation of Hungarians is as follows. There is a part-European crowd who are ignorant of the origins of the Hungarians, who were taught the Western view at school. According to them, the ancestors of the Hungarians were nomads living on the steppe, and by coming to Europe we absorbed the fruits of civilisation. This is currently the prevailing view, despite the fact that we already know from research that certain Egyptian hieroglyphics can be read in Hungarian. Moreover, it has been shown that Etruscan texts that have hitherto been untranslatable can also be translated into Hungarian. But I will go further than that. During the construction of the Panama Canal, Hungarian construction workers found that they could speak Hungarian to some of the Indians working there. This information reached the members of the Hungarian diaspora in South America, one of whom (unknown in Hungary), a man called János Móricz, decided to investigate. He found that the language of the period before the Spanish forcible language change was an archaic form of the present Hungarian language. But North America is also interesting in that some indigenous languages (such as Dakota) are also related to Hungarian. This area is a kind of grey area for researchers, perhaps because in Hungary today it equates to the right wing (which doesn't exist here in the western sense) and is not welcomed in the West, which means no funding and a government that is politically sympathetic to it doesn't go beyond the 'Turkic affinity', which is highly questionable.

When I first came across this topic, I was already in the process and I was not moving from today to our prehistory, but the other way round. In this sense, the Arvisura can be seen as a source to which one can have wide access. There is a fairly fair explanation of this Arivsura on wikipedia and in this work we are presented with a world that could be called the history book of the ancient world. Interestingly, the parts about Jesus are confirmed by the Talmud and, needless to say, are not even close to what people today believe. It places the origin of the Hungarians on an island called Atais (Father Isis), which then built a global civilisation on Earth.

This global civilisation, known in Anglo-Saxon literature as Lemuria, has revealed two curiosities that are beyond the scope of man's knowledge today. The first is the Hyksos, whom archaeologists today are still not sure who they were. For the second, I have a theory that is the only logical explanation for why India was named after the Indians. When the first white people landed there, the locals remembered where the last ship had come from and when they kept asking, that's how they became India. I can't claim it's a light read, but anyone interested in the world before humanity's collective amnesia will not be disappointed. One of my conclusions is that Hungarian was the 'English language' of that world. This also includes the claim by an Italian professor that the Hungarians are the natives of Europe, and other evidence points to a previous global civilisation.

The prevailing view of the Hungarians is that the Finno-Ugric theory was based on Habsburg interests to prevent the Hungarians from becoming related to the Turks and other Asian peoples, but to European peoples with whom they could not match them in military strength. The Finns, by the way, are also mentioned in the Arvisura as Soumans, i.e. members of the confederation of 24 Hun tribes, who were formed from the Hun (Home) horsemen who helped build the temple of Uruk when the island sank in a catastrophe. And my theory about the Hungarians is that I linked this information to something I read somewhere, that at that time there was an Indian expedition (now called scientists) to the Heart of the Earth, who, if they crossed the Bering Strait, could meet the Huns who could also be considered Huns (or homeland=relatives).

When the Hungarians returned to the Carpathian Basin, the medieval European states were beginning to emerge and there was much confusion, as several systems of time-keeping from antiquity were in use. Few people know this, but the Nativity of Christ started to spread relatively late and this gave history falsifiers an excellent opportunity to insert 300 years into the timeline. Our entire history will have to be rewritten at some point, as an event has been added to the timeline again and again under different names. The reason why this has not been fully achieved is that the Hungarians arrived in the Carpathian Basin at the exact time in question and we have chronicles that keep the timeline exactly. But few people take it seriously, because it contradicts the claims of today's prevailing official historiography, even though Etele's (Atilla's) genealogy is not incomplete, but the three fictitious centuries have been added in the meantime, which means that the West may have a glorious past instead of what is the truth.

The aim of this research was not to form political opinions, but to move forward towards a modern world by coming to a clear understanding of our past. It has not escaped my attention that there are a surprising number of Hungarian inventions among the inventions that have fundamentally shaped the world today. We are talking about a people who have a 6000-year-old written tradition, yet everyone keeps them in debt slavery, believing them to be nothing more than a once primitive nomadic people. 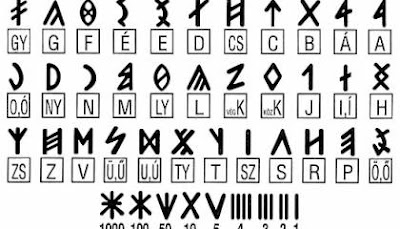