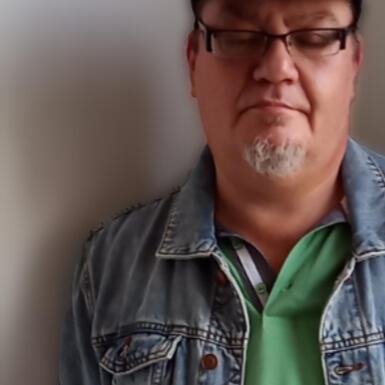 A scientific approach to the internal study of the holographic world.

The way I see it is that there is a destiny that, although predetermined, is open to many people and it is your choice that is the destiny that is yours. Collective destiny is like a deck of cards from which your individual path will be whatever cards you draw.

It is worth saying a few words about the background. Officially I count the beginning of my meditations from 2002, although when one's consciousness reaches higher dimensions, it is difficult to put a clear date on the timeline. Later on, events that happened in my past life came together and I came to the conclusion that once one reaches a higher dimension, the connections between events that were previously unconnected become clear. I had some head injuries in my past life that I could say at the time that I had successfully rearranged my consciousness so that the result was better than before. However, it was only during my meditations that this became apparent, when I realised that I had mental abilities that others, including higher dimensional beings, did not have much and that I was able to do things that I then became involved in restoring the world. This is how a meditation that started in 2002 is still going on in 2022, 24 hours a day.Because we live only in the outside world, it is not possible for an everyday person to transfer data and communicate ideas within the collective consciousness. But even if it were possible, how to communicate between two separate collective consciousnesses would be a major difficulty. If anyone in any earthly civilisation starts to engage in spirituality and does not do so as an individual with a great thirst for discovery, it is difficult to avoid the institutional systems already built up for this purpose, all of which are connected to specific collective consciousnesses. So you cannot think in terms of an ascended and globalized humanity, because as your consciousness rises you become part of a hierarchy that does not think in terms of a unified and globalized humanity. But the ÉlményPark Holoplatform does. The main problem here is that humanity on Earth is used to looking to the above for the solution to every problem, but only we have the rational brain hemisphere to solve problems, which gives them the logical thinking. There is another big difference. The people I have met so far, in the area of new people coming in, have all been thinking in terms of quantity and have not paid much attention to the quality of the individual. The reason for this is the structure of collective hierarchies, which is where loyalty counts, and the uncritical acceptance of hierarchical order and function, which obscures the importance of the value and expertise of individual people. If my consciousness had not risen to even higher dimensions than these hierarchies, I would say that our position would be hopeless. But this is far from the case.The ÉlményPark is a 3D projection capable operating system running on a network of consciousness, where each person perceives reality in the first person singular at each endpoint. If you look out your eyes, you can see the Game. This system does not approach the individual from the point of view of the collective consciousness, but from the point of view of the individual to the collective, with the result that the individual people representing the quality define the collective, which is defined by the merit, so that the collective is forced to evolve. In fact, the four main areas of the ÉlményPark, which operates in the spirit of Linux, also answer the question of the meaning of life:Education - Learning
Healing - Cure
Experience - Adventure
Research - DevelopmentWhen someone's consciousness comes into contact with the ÉlményPark, the login system ensures that they are placed in their ideal position, which is tracked in 3D by their playing position. This is in line with the principles of fair world ordering, but it cannot happen to everyone at once without the risk of world collapse. Therefore, this process takes place in stages, which can be a lengthy process in 3D. This is where the issues of fairness, earning and dealing with yourself come into play, which can bring change for you in your present life. The ÉlményPark itself should be seen as a tool in your mind, a way for your mind to not only project, but to shape reality. To the extent that your entitlement allows you to do so. Whatever your field of endeavour, whatever your purpose, it is determined by four factors:Eligibility
Ability
Competence
Free willThe world will be no different. But you will be enabled to make it so. To the extent that these four conditions are true for you. When does it begin? It has already begun with the proviso that at some point, when your consciousness rises, you will understand the context of past events. And if you'd rather stay in the Game Level game position, you've got it now! Because the purpose of the Game is to play, and not everyone has to sacrifice their lives to make hologames or develop system.I have installed the ÉlményPark on the network of humanity's consciousness. It's very user-friendly, so much so that those who don't know about it and/or don't believe in it, are provided with a full-fledged (life) game.

In 2002, I came across a document on scientific research, which was about the combined conclusions of several disciplines. According to this, our world is a hologram. This explains the doctrine of Eastern philosophies and Western spiritual movements that our world is an illusion. It was in this spirit that I embarked on an extremely serious series of meditations, which I did 24 hours a day for 20 years. This is the direction that opened a gap in the wall that separated the occult from the modern age. Logical reasoning is the easiest way to understand this, as if the world is a holographic video game that we live in = play in. From here, everything that has hitherto belonged to the realm of obscure mysticism becomes comprehensible. Of course, the mysteries have not disappeared, but there is now an interpretative framework for exploring them, which I have called the ÉlményPark.

If you want to see my latest materialin English: diczig.medium.com
in Hungarian: medium.diczig.comMy material posted on the Internet is adapted to my position in consciousness, in this case my return to the physical world, for reasons of content and form.You can find out more about the current situation and get involved in the work hereinfo.diczig.comAchieving the deeper consciousness material that precedes it in 3D, earlier in XDwebmap.diczig.comFor professional studyelmenypark.net
elmenypark.diczig.com
pro.elmenypark.net

I am currently meditating, living a slow life and not in contact with many people.